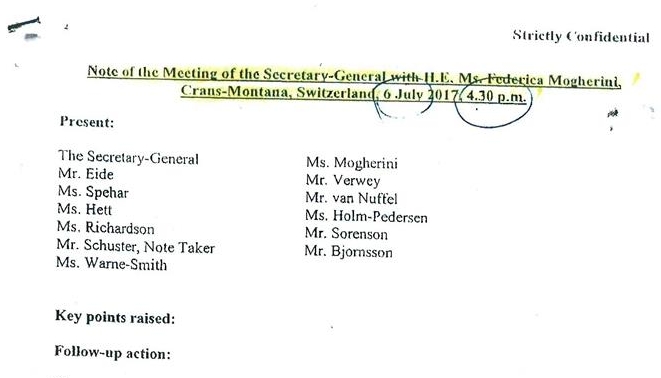 In this special episode of Nicosia Uncut, Andromachi Sophocleous and Kemal Baykallı discuss and analyse the content, context and the implications of the leaked UN minutes with the delegations on the last day (6 July 2017) of the Cyprus conference in Crans Montana which ended without any agreement. Also known as "Crash Montana", the failure effectively ended the efforts to find a solution to the Cyprus problem, leading to a blame game between the sides since then. The leaked UN minutes, as collected on this episode page - www.islandtalks.fm , demonstrated how the chapter on security and guarantees was the main source of disagreement in an environment heavily fortified with mistrust. The leaked documents also shed some light on the role of the UN and the EU in the latest talks.