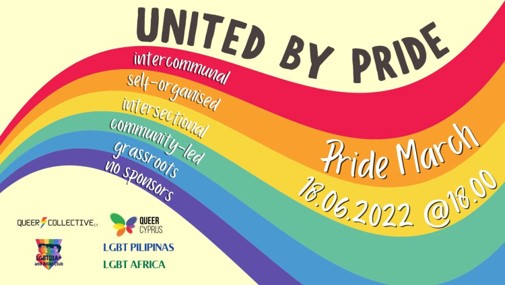 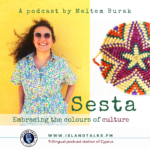 Sesta-embracing the colours of culture! In this sixth episode of Sesta, Meltem Burak talks to Erman Dolmacı (they/them/theirs) and Diego Aparicio (he/him/his). Erman is a PhD candidate on Gender Studies, and a project coordinator at the Human Rights Platform. Diego is the founder and artistic director of the Queer Wave Film Festival. Throughout the podcast, Erman elaborates on the importance of intersectionality. Erman underpins the significance of hearing the margins and constructing peace with a rights based approach in Cyprus. Diego explains the role of Queer Wave in bridging the gap between north and south while encouraging community engagement. The sixth episode of Sesta is a Pride Special episode celebrating the Pride Month ahead of the first Intercommunal Pride in Cyprus. The first Intercommunal Pride will take place on 18 June at 18.00. The march will begin at Kuğulu Park in north Nicosia and at Eleftheria Square in south Nicosia and the two groups will eventually meet at Ledra Palace. The Intercommunal Pride is organised by Queer Collective CY and Queer Cyprus Association, and co-hosted by LGBT-PILIPINAS, LGBT Africa and LGBTQIA+ & Allies Students Club of University of Cyprus. More about Erman Dolmacı and Diego Aparicio on Twitter: https://twitter.com/Fluby05 –  https://twitter.com/diegoaparicio__